Jennifer Andrus's article was published in August, 2019. “Identity, self and other: The emergence of police and victim/survivor identities in domestic violence narratives.” 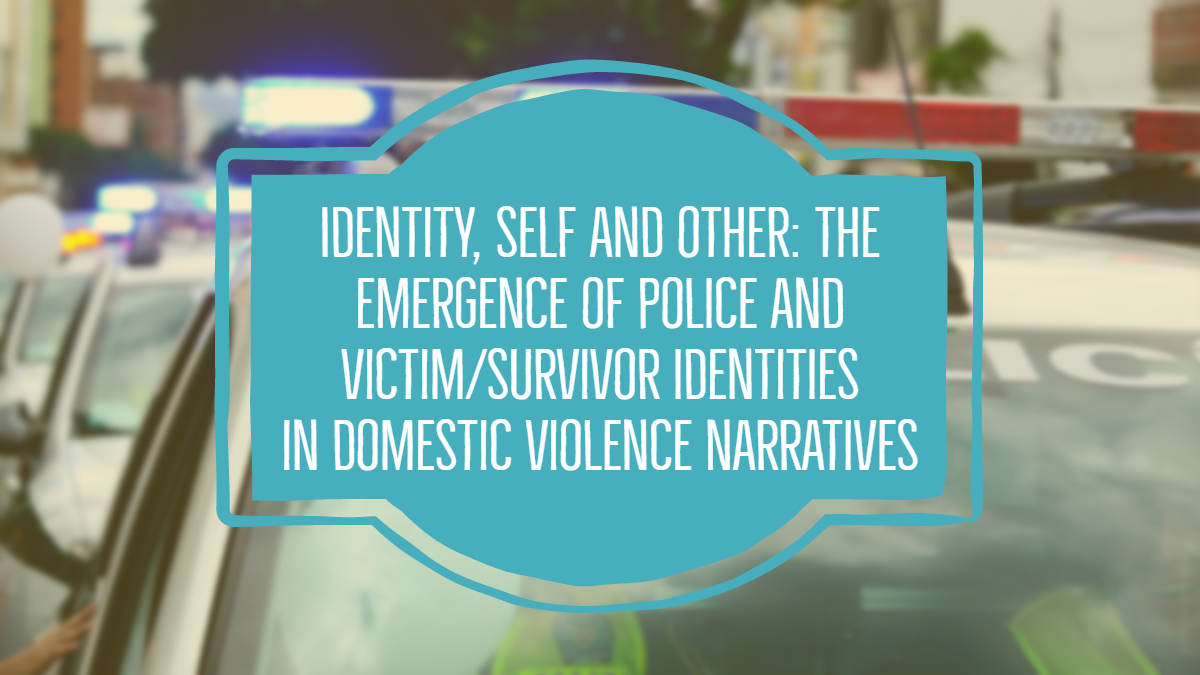 This article analyzes narratives about encounters between police officers and domestic violence victim/survivors in the context of domestic violence calls. Narratives are sites in which individuals create relationships between themselves and others, oriented around a set of unfolding events. Narrative is a motivated, engaged retelling of prior or anticipated events produced in interaction with others, in a particular context stocked with constraints and affordances. In the process of telling stories, identities emerge. In order to understand the relationship between narrative and identity, I analyze stories told about police interactions with domestic violence victim/survivors from the perspectives of both the police and the victim/survivors. Working empirically with a data set of 48 interviews, I use critical discourse analysis and discourse analysis to analyze the ways both groups narrate domestic violence and confrontations with police officers, the ways they create story worlds stocked with characters, the ways story characters are formed and deployed, and the ways those characters are positioned against/with/by the storyteller, allowing the storyteller’s identity to emerge. This article is an analysis of the relationship between the storyteller and the story world and the storyteller’s process of constructing an/other in order to position in relation to that other. Ultimately, I argue that identity emerges for the storyteller in the way she or he constructs characters in a story and then positions in relation to those characters.