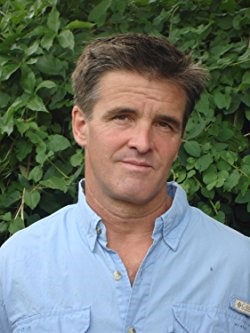 In his recently published book, Maximilian Werner, assistant professor, writing and rhetoric studies, uses the vehicles of fly fishing, every day experience, and some of our most sacred rituals to explore the origins and limitations of our behavior and ideas. “The Bone Pile: Essays on Nature and Culture” includes essays that range from the quasi-mystical to the polemical and from the polemical to the ecological. However different each of these essays may be, together they represent an incisive study of human and nonhuman life and of the environment that unites us.

Q: What prompted you to write the book?

W: The book contains essays written as many as 14 years ago, so the question of what prompted it has more to do with why I wrote individual essays than with the book as a whole. All but three or four of these essays have been published elsewhere. They are scattered and hard to find. By gathering them into a book, anyone who is interested can find them in one place. As much as I'd like to hope that readers will continue to find their way to my books, at this point I am mainly interested in making it easier for my children to find my writings should they want to know more about me once I am gone.

Q: What are the themes of the book?

W: A few themes come to mind. Humans are arguably special animals, but we are still animals. There is such a thing as human nature. And just like every other part of our bodies – our feet, our eyes, our tongues – our brains and nervous systems evolved and are therefore predisposed to function and process in certain ways, and that these ways are relatively predictable and uniform. We are profoundly similar to not only other humans everywhere, but to other animals as well because we all share an evolutionary past. If we know what kinds of questions to ask, we can see how many of our behaviors persist precisely because they helped our early ancestors survive, reproduce and pass on their genes. People are generally comfortable talking about the natural histories of other animals, but they are much less comfortable when asked to consider their own natural histories. Despite the explanatory power of Darwinian evolution, it remains impolitic from the point of view of too many. And that's unfortunate. 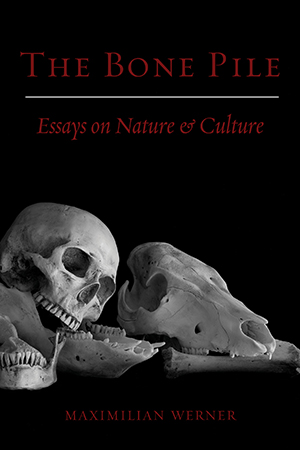 Q: What do you hope readers will take away from the book?

W: I hope they finish the book with a newfound or remembered curiosity about themselves and the natural world. Instead of judging themselves and others, I hope they will ask why they and others behave the way they do. Humans are oppositional by nature. We're always defining ourselves by how we differ. It's important to us that people acknowledge that we are different. But what if we were to add to the conversation and also focus on what unites us, not just as a species, but as denizens of an imperiled planet? If the present state of the country and the world is any indication, I'm not sure the prevailing methods of conflict resolution (or business as usual) are working. When we look back on this time in our history, say, 50 years from now, I think we will see that even the well-intentioned champions of the true and the good will have succumbed to a kind of tribal madness and myopia. We're in fight mode right now. I see it every day, including in myself. I work with veterans, and they tell me that nuance is one of the first causalities in war. I hope my book offers readers a reprieve from the oversimplification that has come to dominate public discourse.

Q: How did your career/research influence the book?

W: I've been thinking about how we can do a better job of living more responsibly for the better part of my career as a writer and teacher. I think there is a way to acknowledge the power words have to shape and influence our understanding of the world without losing sight of the fact that there is a physical world whose reality is not contingent on what we say about it. I am always taken aback when I read or hear things that suggest that the only world or truth we create are those we create with our words. Whether one calls it "climate change" or "global warming," that doesn't change the fact that an increase in Co2 levels results in a cascade of deleterious effects for ourselves and the planet. I think we need to deemphasize the rhetorical significance of this and other problems and focus instead on biological reality, on what we share and on the fact that if we don't make some paradigm changes right now we are going to destroy probably the only (but surely the most hospitable) home humans will ever know. We need a common cause besides war, however narrowly or broadly defined. But to do that, we've got convince people that science isn't just one of many so-called "social constructs," but that it is instead the most accurate and reliable means we have for understanding ourselves, others, and the world we inhabit. Ideas are technologies, and some work better than others. I think people are ready for a change. Hopefully this book will aid in that process.